Sandbox Campaigns: The Do’s and Don’ts 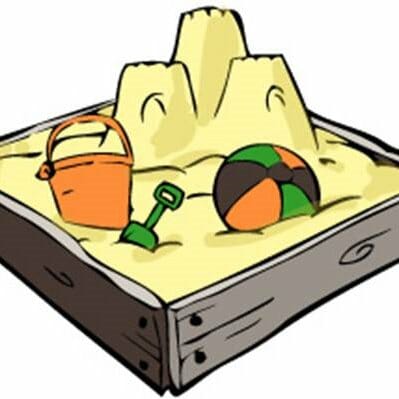 Sandbox Campaigns: The Do’s and Don’ts

Hey folks, it’s me, Jasmine, and today I want to talk about a particular style of Dungeons & Dragons campaign that dungeon masters really seem to love: the sandbox.

Gryn
The theory of Sandbox games applies to other tabletop role playing games as well!

Yes, a sandbox campaign can be built in any game system, it simply refers to a style of game where the player characters drive the story.  They can travel all around the game world and pick and choose what adventures they want to go on, as opposed to a campaign where the dungeon master says “We’re going on this quest today.” Many players enjoy the freedom that this type of game provides. Sure, they can liberate the kingdom from the evil overlord, but they can also ignore him and do something totally different, like dig through ancient ruins for treasure, search for a lost family member from their backstory, or steal a boat and sail to another continent.

Gryn
It’s like how a kid playing in a sandbox can  dig a hole, build a sand castle, draw pictures in the sand, whatever they want—they make their own fun!

Exactly! If you’re one of those DMs who enjoys creating your own worlds and filling them with elaborate custom lore, it can be hard to resist the siren call of a sandbox campaign where players can travel all over your hand-drawn map and visit whatever cool adventure locations they want. So, without further ado, here are some tips to help you structure your campaign and avoid common pitfalls!

As the DM, players rely on you to be their window into the game world. If you don’t describe it, it might as well not exist. Consequently, even when players are expected to chart their own course, you still need to offer them a proverbial compass in the form of quest hooks.

For our purposes, a quest hook is anything that provides a call to adventure, whether that’s a traditional job board in a tavern, townsfolk asking the player characters for help directly, or just a rumor that there’s treasure somewhere in the old marsh. Quest hooks tell the players what’s happening in the game world that might be worth their attention.

Gryn
Like when you really want a tuna and sauerkraut sandwich with extra garlic, but the deli suspiciously refuses to make one for you, leading you to believe that there is a garlic conspiracy, which you then investigate?

Grump
I’m pretty sure it was because they couldn’t afford to repaint the place if all the paint peeled off their walls. Again.

Gryn
I still think the mayor was secretly a vampire!

Actually, Gryn, that’s a great example. You’ll often find that players, wittingly or unwittingly, generate their own quest hooks out of interactions that were supposed to be innocuous and mundane. When this happens, you should roll with it—make them wonder if there really might be a vampire pulling strings to create a garlic embargo in the town.

That said, just because players can provide hooks sometimes doesn’t mean you shouldn’t provide them too. And perhaps more importantly, if you truly want them to have agency, you should make sure they always have multiple hooks dangling in front of them. You don’t want them to say, “Well, we might as well investigate the garlic conspiracy; it’s not like we have anything better to do.” They should have several adventures to choose from at all times. That way, when they pick a hook to bite on, it’s an informed decision—they know what they’re missing out on.

Gryn
Personally, I’d rather bite on a tuna and sauerkraut sandwich with extra garlic. Throw in some raw onion slices on the side, mmm, my mouth is watering just thinking about it.

The D&D Essentials Kit does 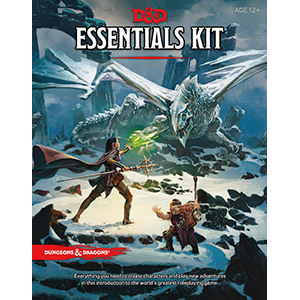 an exemplary job with quest hooks. Players get quests from a job board that always has multiple jobs on it to pick from. After they complete a few of them, more are added, until they are eventually called on to battle the eponymous Dragon of Icespire Peak itself. If you mix in the original Starter Set adventure, you can even combine the two to get a pretty robust Phandelver-based sandbox campaign with two main storylines and lots of side quests.

Notice, though, that the hooks don’t involve actually slaying the dragon until later on. This brings us to our next tip!

When you have an open world, there are naturally going to be areas where the players can visit, but really shouldn’t, at least not until higher levels.

Gryn
Like the dragon’s lair! That sounds like a good way for a 1st level character to die.

Exactly. You as the DM know where it is on the map, but you also know that it’s a dangerous area that would prooobably result in a TPK (total party kill) if your party decided to drop in. And that can be fine, if they fully understand the risks involved and are ready for that possibility. On the other hand, an insta-kill breath weapon that immediately torches the whole party is hardly a compelling game-play experience—so you may as well steer them away from it. And the simplest way to do that is to just…not mention the dragon just yet. Like I said before, if you don’t describe it, it might as well not exist.

Grump
Okay, but what if I want the dragon to feature in the story early on?

Well, Grump, in that case, you could give out smaller quest hooks that build up to a confrontation with it. Curse of Strahd is an excellent example of this strategy. It’s obvious from the start that the players will eventually confront the vampire lord in his castle, but first, the adventure directs them to find powerful allies and magic items that will give them the upper hand against him. You can do something similar in your game. Before the players charge off toward certain death, deflect them onto a more productive path by breaking up the quest into multiple steps.

Gryn
Oh! So like, you want to go attack the dragon in its lair, but you don’t know where the dragon’s lair is, so you have to find the old hermit in the woods who knows where to look. But she won’t tell you unless you retrieve her beloved MacGuffin from a nearby dungeon.

Now you’re catching on. And that segues nicely into my next tip…

Look, building a world is a lot of work, and building adventures and dungeons in that world is even more work. You’re a busy DM! Your time is valuable. Why not streamline your preparation as much as possible by borrowing some material from published adventures and/or your own previous campaigns?

Grump
All the good DMs are lazy. You can be too!

When your players need to go on a side-quest to retrieve an arbitrary item, you could create your own dungeon from scratch…or you could simply pull out your copy of Storm King’s Thunder and send the party into the cloud giant castle from chapter 9. Or, alternatively, dig up your notes from the campaign you ran two summers ago that had an awesome dungeon in it.

Recycling assets is a useful trick in any campaign, but it’s especially important for a sandbox campaign because you’ll be doing much more improvising. Coming up with material on the fly is easier when you have material already available to draw from. Of course, if you have more prep time to work with, then that’s even better, which brings us to our last tip…

If you ask them at the beginning of the session what they want to do today, you’re condemning yourself to a whole evening of DMing by the seat of your pants. Instead, you should pose this question at the end of the session. That way, you have the whole time in between this session and the next one to prepare for whatever adventure they decided to go on. It’s a simple lesson, but it’s an important one.

So there you are! Four tips to improve your next sandbox campaign. Do you have any advice of your own to add, or perhaps some stories from your most memorable sandbox adventures?

Let us know in the comments!

Jasmine Lawrence is a Human Bard and a lifelong gamer from the mystical land of Sebastopol, California. When she's not working at her local game store, she enjoys singing tenor in her local community choir, running D&D games for her friends, and treating herself to nice things. Do not get her started about warlocks. @troacctid on Twitter.