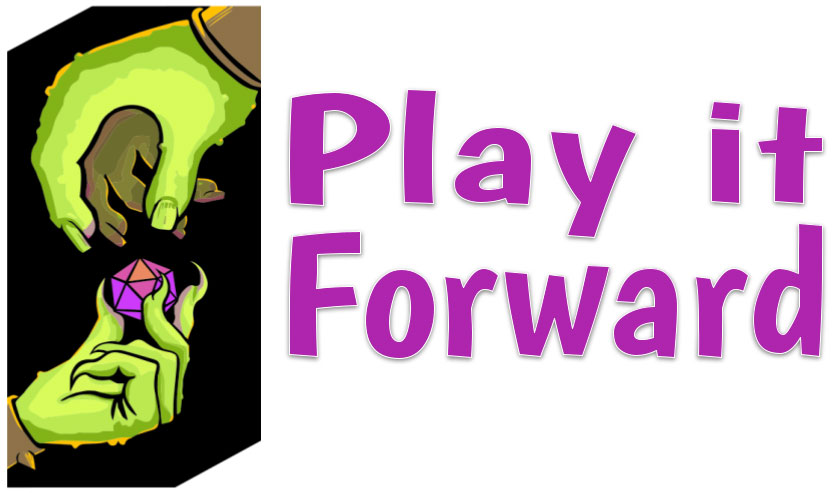 At Goblin Bros., we celebrate the players, designers and communities that share our passion for a good game.

We help harness the power of the Gaming Community for good by donating a portion of sales to charities that support literacy, the arts, anti-bullying, humanitarian efforts and military families. As we like to say, “Play it Forward.”™ 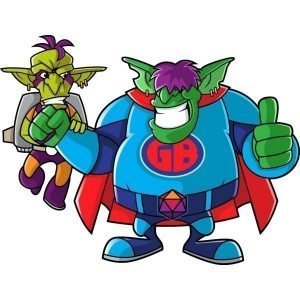 We work to unite the geek community into a massive force to fund education, opportunity, and sustainable self-sufficiency for families and communities worldwide. By partnering with established non-profits with decades of proven success, we make the world a better place one family at a time.

We use the collective power of readers, authors, gamers, and geeks of all creeds to champion smart charities. Our partners give donors the most bang for their buck by running solid programs designed not only to provide immediate help, but to improve lives for generations across entire communities.

We like to say Worldbuilders is a nonprofit that was founded by accident. That’s largely true, but the story is a little more involved…

In 2008, Patrick Rothfuss‘s first novel, The Name of the Wind, had some good reviews and a growing fan base. People followed Pat on social media and read his blog. He had no concept of how big his fan base was until he held a photo contest and received hundreds of phenomenal entries. It was a bit of a wake up call.

That holiday season, he decided to hold a different sort of contest. To inspire people to donate money to his favorite charity, Heifer International, he offered to throw donors’ names into a hat and send winners some books from his own collection.

He chose Heifer International because they were his mother’s go-to charity. She liked how smart they are, how their programs sparked lasting, positive change, and how they worked with leaders of the communities they helped. And the more Pat looked into Heifer and their programs, the more he saw how sensible Heifer’s “teach someone to fish” philosophy really is. They have a direct impact on the lives of families and communities around the world, and their approach is deeper and farther-ranging than a lot of others, thanks to their focus on education and their “passing the gift” philosophy.

Pat figured by encouraging people to donate he’d raise $5,000 or so, and offered to sweeten the deal by matching every donation, dollar for dollar. He raised over $50,000 and almost went bankrupt making good on his promise. Realizing that he might be in over his head, he enlisted the help of some of his friends and started Worldbuilders.

Over the years we’ve grown. We now have six full-time employees and an online store, where people can buy officially licensed merchandise from Pat’s books all year round with profits going right back into the charity. We’ve also been working with more authors and creators, either carrying official merchandise or handling complete distribution for Kevin Hearne, Holly Black, Rat Queens, Jim Butcher, Bitch Planet, Myke Cole, Sex Criminals, and more. Since different non-profits have different approaches, we’ve been working with immediate-response charities like Mercy Corps and GlobalGiving, as well as education-centric First Book. And still, every year, we encourage people to donate to Heifer International by throwing names into a hat and sending out prizes. It’s the same thing Pat did at the beginning, only now we send out thousands of prizes every year.

And over the last decade, we’ve raised more than $7.4 million for all those charities.

We do all this because we know poverty is a cycle that is difficult to escape. We also know that, given the chance, people will always help others. Worldbuilders is proud to provide that chance, and proud to promote lasting, positive change in the world.

Please visit us at Worldbuilders.org.